Home > Our Guide to The Best Pacific Island Vacations

Our Guide to The Best Pacific Island Vacations 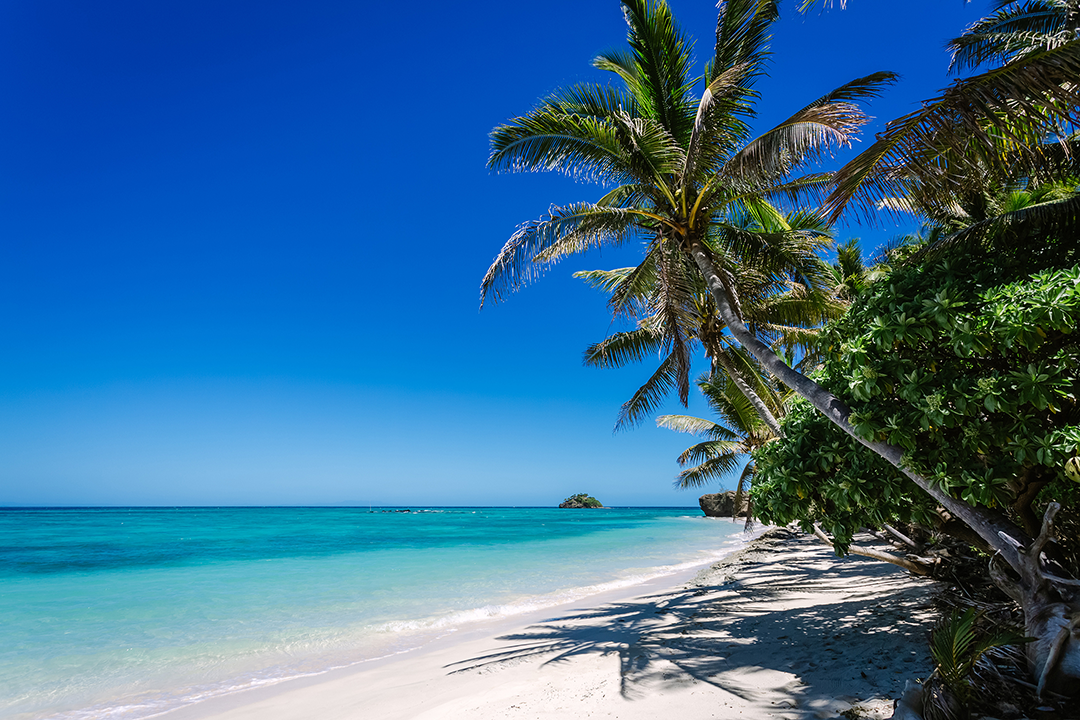 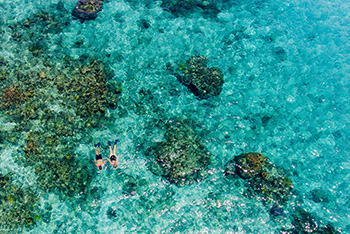 There are literally hundreds of island nations that make up the South Pacific, and depending on where you’re flying from, it can be a bit of a trek to reach them. But their remoteness and in some cases inaccessibility is all part of their appeal when it comes to thebest vacation in the Pacific Islands.

Firstly it would be a huge mistake to assume all Pacific islands are the same – far from it. They might all share a laid-back island vibe, unspoiled beaches and an enviable year-round climate but there are huge differences to the landscapes and culture.

So when it comes to choosing the best South Pacific island vacations, where do you start? Read our guide to find out more. 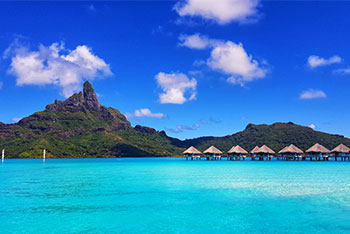 With its dramatic black volcanic sand beaches, tantalizingly clear lagoons and waterfalls adorning the pages of many luxury travel magazines, Tahiti is often seen as one of the best South Pacific island vacations.

Located 4,400 km south of Hawaii, 7,900km from Chile and 5,700km from Australia, Tahiti is the largest island in French Polynesia, divided into Tahiti Nui (the larger, western section) and Tahiti Iti (the eastern peninsula).

Tahiti is just one of the 115 islands of French Polynesia spanning five archipelagos, offering the luxurious overwater bungalows of Bora Bora to the Robinson Crusoe vacationers looking for basic beach huts. Wherever you decide to go in French Polynesia you’ll be kissed by a touch of French style.

You can dive with reef sharks and manta rays in Tuamotu Atolls, watch a Tahitian dance performance during the July Heiva Festival and hike to waterfalls on Tahiti, Moorea and the Marquesas Islands.

Just a 50-minute plane ride away, northwest of Tahiti, Bora Bora is a small South Pacific island, in French Polynesia. It is surrounded by motus (islets) and a turquoise lagoon which is protected by a coral reef. It’s known for its scuba diving and is a popular luxury resort destination where guest bungalows are perched on stilts overlooking the water. At the island’s center is Mt. Otemanu, a 727 dormant volcano.

The Cook Islands are a Polynesian nation of 15 islands that are dotted across the South Pacific.

Located halfway between Hawaii and New Zealand (who administer the islands), the Cook Islands are renowned for their exceptional snorkeling, white sand beaches and breathtaking lagoons.

On the lush main island of Rarotonga – an extinct volcano that rises 5,000 metres from the seafloor – the best Pacific island vacations are all about enjoying the beach by day and experiencing an ‘Island Night’ Polynesian feast – pork cooked in an earthen oven with taro root – followed by a local dance performance.

Hop on a plane to Aitutaki atoll, the second most visited island, to explore its low-lying coral islets that curl around one of the world’s most amazing lagoons. When you’re not in the water, check out Aitutaki’s ancient stone temples called marae. 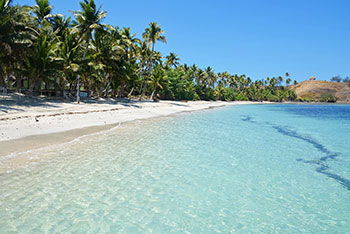 Despite receiving the same number of visitors as the rest of the South Pacific combined, Fiji has managed to retain a wild and exotic feel and is without a doubt one of the best Pacific Island vacations.

Fiji is a Melanesian island nation that lies just over 2,000km to the west of the Cook Islands. It comprises more than 300 islands and 540 islets in the South Pacific and is a castaway’s dream.

Diving and snorkeling are some of the most popular activities in Fiji with underwater seascapes of soft coral so dense they look like purple and white forests. It’s not called the ‘soft coral capital of the world’ for nothing!

You’ll also love the scents of Indian curries wafting from city roti shops, while in Fijian villages Melanesian families will invite you in to try kava, a locally made drink.

If you’re researching the best South Pacific vacation, then take a closer look at Viti Levu, the Mamanuca and Yasawa Islands. These Fijian islands boast the best beaches and a variety of resorts, including the award winning Turtle Island Resort, home to just 14 beachfront bures – Fijian villas – spread over 500 acres.

In addition to its popular daily all-inclusive schedule of snorkeling, stand-up paddle boarding, scuba diving and fishing, Turtle Island offers a truly sustainable vacation experience, with the five-acre vegetable and hydroponic garden on the island supplying more than 80% of the produce that guests can enjoy.

Fiji also offers adventurous vacationers some of the best pacific island vacations with off-the-beaten-path islands like the lush dive havens of Tavenui and Vanua Levu or Kadavu.

A French overseas territory in the South Pacific, New Caledonia is popular with Australian francophiles given that the flight from Sydney to the island nation’s capital is just under three hours.

Nouvelle Caledonie is a veritable slice of la vie française with a truly tropical backdrop and is known for its palm-lined beaches and lagoons rich in marine life. A huge barrier reef – the second largest in the world after Australia’s Great Barrier Reef – surrounds the main island, Grand Terre, making it a popular snorkeling and diving destination.

The outlying islands of Ile des Pins and Ouvea offer remote day trips with some of the Pacific’s best beaches while French Caledonia’s capital, Noumea, is home to French-influenced restaurants and luxury shops. 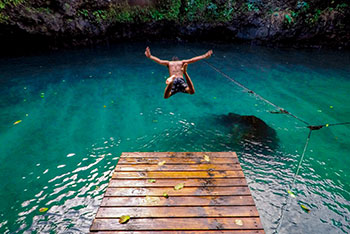 While the Samoan Islands are divided into the two countries of Samoa and American Samoa, both remain very traditionally Polynesian. There are some resorts in ‘Upolu in Samoa, but none of the islands are very touristy with most accommodation in the form of basic beach huts or fale. Expect to find pristine beaches, hiking and extraordinary places to explore, such as To Sua Ocean Trench, a giant sink hole with clear blue water.

The Kingdom of Tonga is a country known for its strong Christianity and traditional values encompassed by blue bays, sparkling beaches and ancient stone temples.

Tonga’s main island is Tongatapu, the seat of the monarchy, but vacationers will head to the Vava’u Group – one of the best places to swim with or watch humpback whales

With its nearly 900 monumental stone statues, called moai, dominating the landscape, Easter Island is an intriguing destination. The moai are carved human figures with oversized heads often resting on large stone pedestals called ahus and were created by inhabitants during the 13th to 16th centuries.

While it sits in the South Pacific, the remote volcanic Easter Island is technically part of Chile. Activities here are based around eco-tourism and include island tours on foot, by bike or horseback and the chance to enjoy the lively Polynesian culture mixed with South American influences.

Vanuatu is a South Pacific vacation destination comprising 83 islands that stretch out over 1,300km. The islands offer scuba diving at coral reefs, underwater caverns and wrecks such as the WWII-era troopship SS President Coolidge.

The archipelago has a lot to offer for people looking for the best South Pacific Island vacations including world-famous beaches including Champagne beach on Espiritu Santo – volcanoes and delicious cuisine.

Popular with Australian holidaymakers thanks to its short flights, Vanuatu is the place where James A. Michener wrote his Pulitzer Prize-winning book, Tales of the South Pacific, about soldiers, sailors and nurses playing at war and waiting for love in a tropical paradise – a must-read for anyone contemplating a Pacific Island vacation.

The Soloman Islands are an archipelago of a staggering 992 islands and atolls, south east of Papua New Guinea, scattered in a gentle curve. Of the 992 islands of this former British colony, only 147 of them are inhabited.

Not for the faint-hearted, the Soloman Islands are all about breathtaking deep jungle hikes, diving shipwrecks and multicultural exchanges. Roads are unpaved, it has a hot and sticky climate and its capital Honiara lacks the infrastructure of some of the neighboring best South Pacific vacation destinations like Tahiti or Fiji.

That said, the Soloman Islands benefit from far fewer tourists and still have that element of adventure that many of the South Pacific islands have lost. 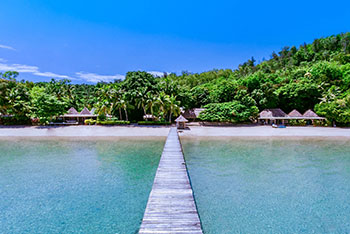 For an amazing South Pacific vacation take a closer look at Turtle Island Resort. This privately owned luxury island in Fiji’s Yasawa Group offers vacationers an idyllic escape that you only have to share with 13 other couples and the friendly Turtle Island team.

See yourself here? Then get in touch with us today to start planning your South Pacific vacation. 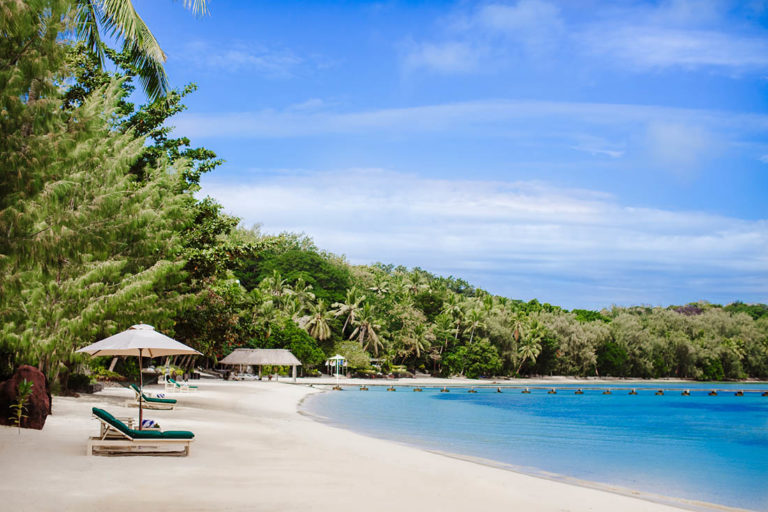 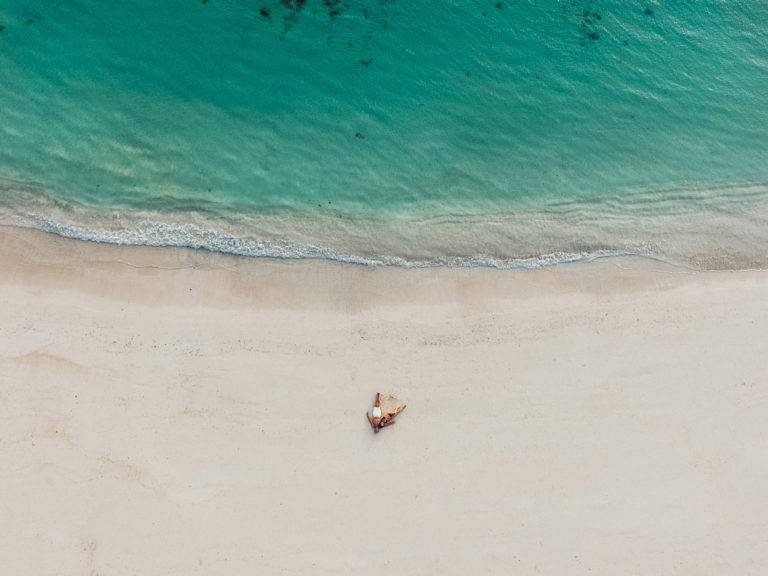 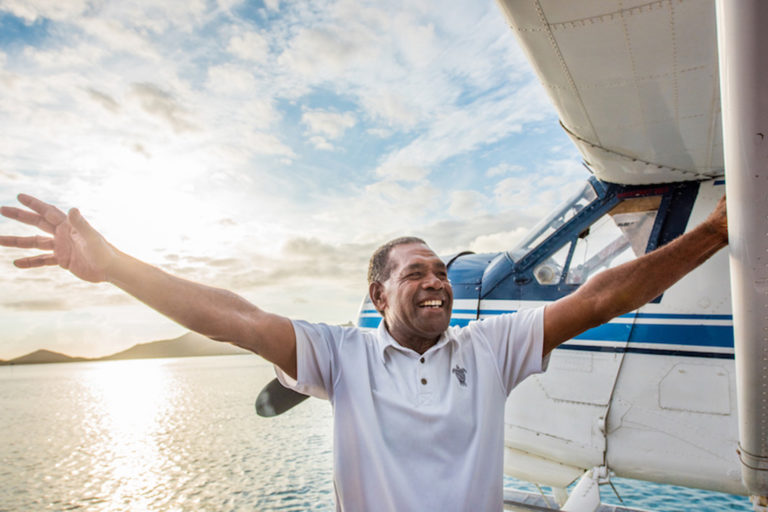