Home > Six of The Best Travel Ideas for Your Next Anniversary

Six of The Best Travel Ideas for Your Next Anniversary 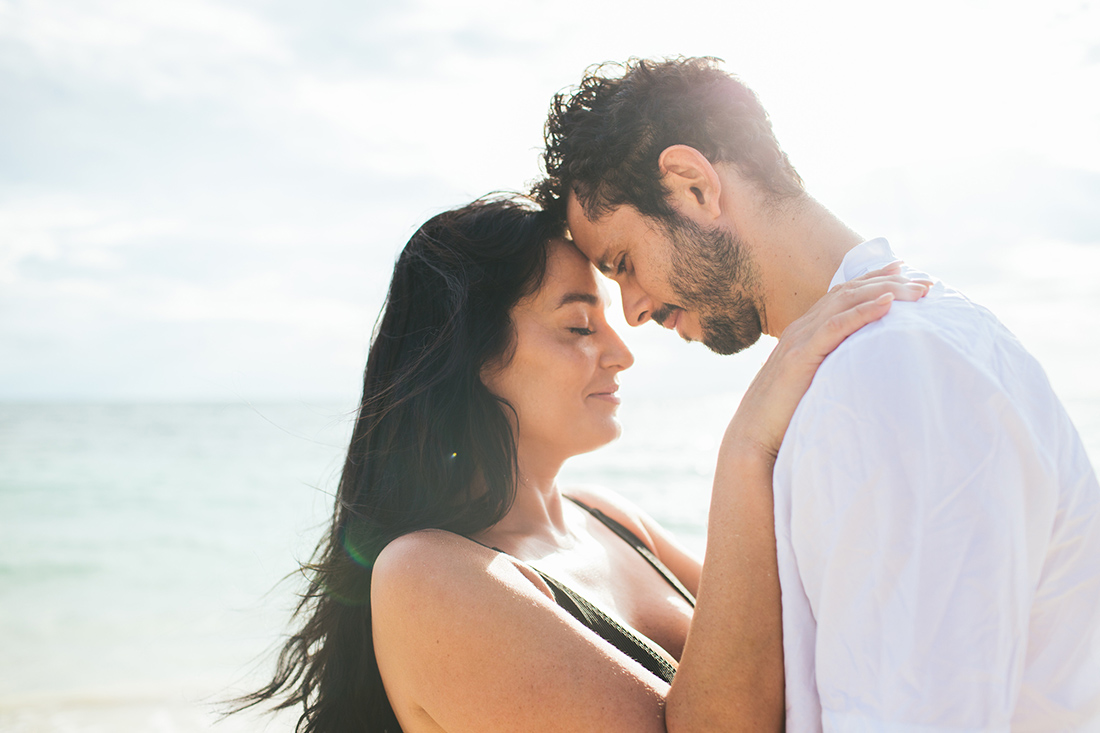 Wedding anniversaries are a chance to celebrate reaching another milestone in your marriage. It’s a time to reflect on another year together, to re-connect as a couple and remember your special day when you both said ‘I do’.

Each wedding anniversary has a different traditional meaning and gift associated with it. The early years’ themes range from paper and cotton to pottery, tin and steel. The longer you’re together, the more impressive the themes associated with each year, with sapphires for your 45th anniversary, rubies for your 50thand diamonds for your 60th.

Wedding anniversaries are also a chance to look forward to the future. And who doesn’t love researching and anticipating the trip of a lifetime? Even if you couldn’t afford a luxurious honeymoon when you got married, you can still fulfil your fantasies with a trip somewhere exceptional to celebrate your anniversary. And it doesn’t have to be for your first wedding anniversary. To give the gift of travel is one of the most creative anniversary gift suggestions that will always put a smile on your partner’s face.

Need some help for anniversary trip ideas? Take a look at our round-up of six of the best romantic trip ideas for an anniversary. 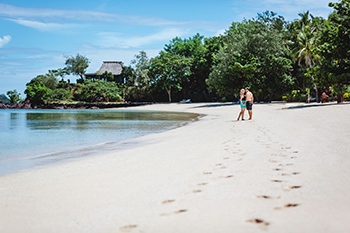 Some of the most exotic tropical island destinations are the best spots for doing absolutely nothing. The French Polynesian paradise of Bora Bora is an ideal spot to do nothing, other than focus on your partner in sublime surroundings. Miles away from anywhere – and the minutiae of the everyday – you can soak up the sunshine in your overwater villa, cool off in your private plunge pool and order a la carte room service.

In Fiji, there are more than 330 islands to choose from offering a choice of luxurious villas, private plunge pools, spa baths and ocean views. The most popular places in Fiji for anniversary trip ideas are the outer islands, which are more secluded and ideal for couples looking to spend some quality time together.

The Mamanuca Islands, just off the coast of Nadi, are a collection of 20 idyllic islands boasting thriving reefs, tranquil lagoons and romantic beaches – perfect for first anniversary trip ideas.The Yasawa Islands are a string of 20 volcanic islands that are popular with honeymooners and couples returning for their anniversaries. These islands are blessed with dramatic peaks, white-sand beaches fringed with palm trees and total seclusion from everyday life.

On the private luxury 500-acre Turtle Island Fiji you’ll share your time away with just 14 other couples and with 12 private beachesso you’ll be guaranteed your own beach every other day. Plus, when you’re enjoying a couples spa treatment at the spa at Turtle Island you’ll be able to enjoy tantalising views of the Blue Lagoon – yes, that blue lagoon where the movie starring Brooke Shields was filmed. 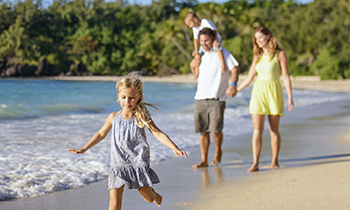 Anniversary trip ideas don’t just have to be for you and your significant other. If you’re celebrating a big wedding anniversary, such as your platinum (70 years) diamond (60 years), golden (50 years) or ruby (40 years), you might be thinking of bringing your children and grandchildren with you.

Multi-generational travel is certainly on the increase, especially following two years of limited to no travel due to the coronavirus pandemic. A trend for multigenerational vacations seems also to reflect wider shifts in the way families are traveling today, driven largely by economic factors rather than just a way for parents to access free babysitting on their vacations.

At Turtle Island in Fiji, many couples return with their families to celebrate anniversaries. The BulaBuddy Fijian companions assigned to each child during specific Family Time weeks, along with the Bure Mama assigned to each couple, creates a new blended family. Many families who return to Turtle Island Fiji annually have in fact seen their children grow up with the same Fijian buddies. 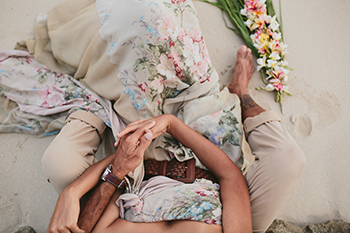 As more travel restrictions are droppedand travel is opening back up, there’s a growing demand for vow renewals while on vacation. Celebrities are surprising their partners with vow renewal ceremonies, while cruise lines are restarting their weddings and vow renewal packages on board, allowing couples to exchange their vows at sea.

Packages for vow renewals can be as extensive or as intimate as you like. You might have been somewhere on vacation and you’re thinking of returning with friends and family, with your children as witnesses to your vow renewal ceremony.

On Turtle Island Fiji you can renew your vows in an elaborate wedding ceremony with a billibilli (thatched raft on which the bride arrives), an angelic Fijian choir and a traditional wedding feast for all of your guests. Or you might want something more romantic such as the solitude of a mountain- top ceremony overlooking all the neighboring islands, or a renewal of vows as the sun rises over one of Turtle Island’s spectacular beaches.

Chances are you and your loved one have spent a lot of time at home together over the past couple of years. So what better way to bring you and your partner closer together than an anniversary tripidea that focuses on your health and wellbeing?

Anniversary trip ideas that focus on spa treatments, massages and yoga sessions will certainly help both of you unwind and reconnect. Romantic trip ideas for an anniversary might include a wellness retreat as a chance to spend quality time together without interruptions from the children and daily stresses of life.

With its dramatic sunrises and sunsets, Fiji is the perfect spot for yoga and a whole range of holistic exercises. You can rise early to greet the start of a new Fijian day with sun salutations, or inhale the scents of the rainforest during yoga practice in Fiji. 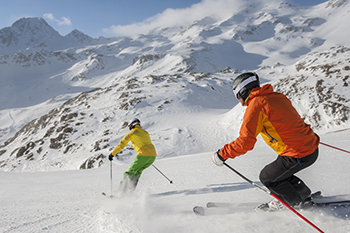 If you’re looking at first anniversary ideas, then you’re more than likely still up for adventure thrills and spills and not worn out completely by children!

Anniversary vacations don’t just have to be about sitting back on the beach and doing nothing all day. Why not think about anniversary trip ideas that include skiing and snow-boarding in destinations including New Zealand’s South Island or the French Alps?

If you’re not turned on by the cold, then how about snorkeling and diving tours in the Maldives or the warm waters of the Seychelles? Many resorts will have dive centers where you can even learn to dive for the first time.

You can also get active without plunging into the ocean. Some of the best anniversary trip ideas might include guided hikes up dormant volcanoes and then cycling back down to the bottom; or enjoying the companionable silence while trekking through a jungle. You can’t beat the rhythmic sounds of one foot in front of another with a cacophony of bird song surrounding you. 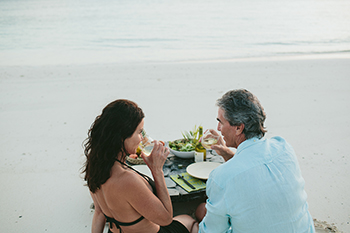 While it’s nice to bring the entire family on vacation with you – including the grandparents and the grandkids – anniversaries are really just about the two of you. Anniversary trip ideas should put the two of you first, so why not think about an adults-only resort. If it’s your first anniversary, you’ll have plenty of time for children later!

Apart from the obvious absence of children at an adults-only retreat, the real luxury is time; time to speak to your partner without being interrupted and time to spend together. A lot of adults-only resorts will pamper you so much, you’ll end up feeling so cosseted you won’t want to return to reality. We’re talking personal butlers, staff to help you with towels and beach robes, and attendants who can arrange sunset sailing, aerial yoga and kite boarding lessons.

When you arrive at Turtle Island Fiji, you’re met by your very own Bure Mama or Bure Papa. Each bure – traditional Fijian-style thatched villa – is assigned a personal concierge, known as your Bure Mama or Bure Papa. They’ll help you arrange all your experiences on the island, tend to your bure and your laundry and be your guide through your Turtle Island experience and the Fijian way of life. 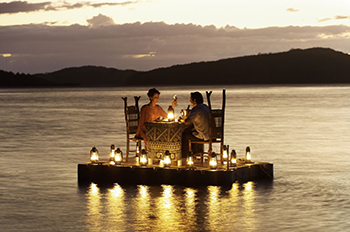 Are you looking for anniversary trip ideas to mark a milestone in your marriage? Whether it’s your first wedding anniversary or an anniversary celebrating a lifetime together, rest assured you’ll be suitably spoiled by the Fijian team at this pristine private island. You’ll be welcomed with a friendly ‘bula’ from the moment you arrive, ensuring you and your partner will fall in love all over again during your time here. To help with romantic trip ideas for an anniversary, contact us today to find out more. 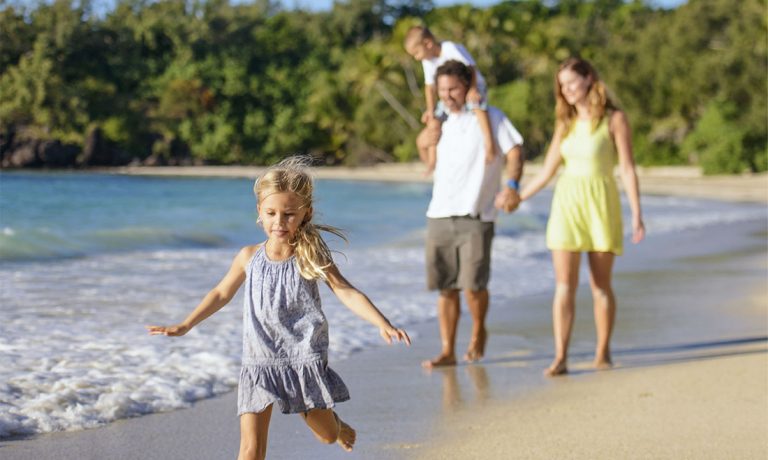 What are the benefits of booking all-inclusive family vacations?

If all-inclusive family vacations once meant queues at the buffet or towels on sun loungers, they’re now just as likely to be about exhilarating water 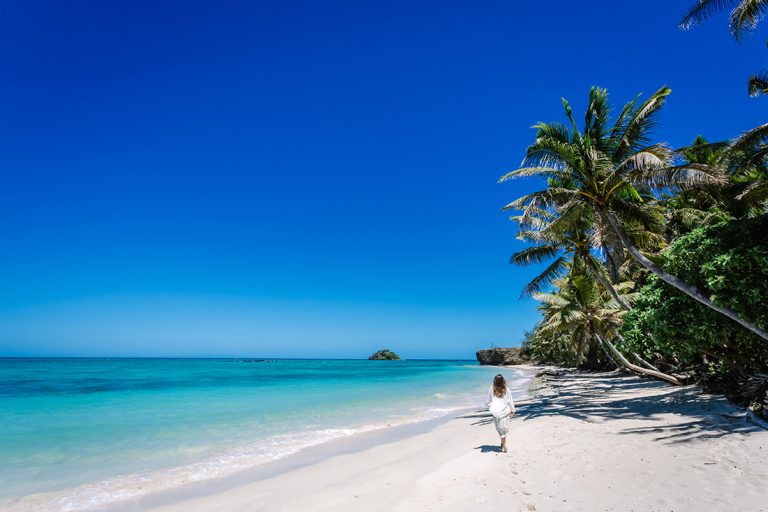 Our guide to a Fiji vacation

Have you always wanted to go to Fiji for your next vacation but you’re not sure where it is, how to get there or what 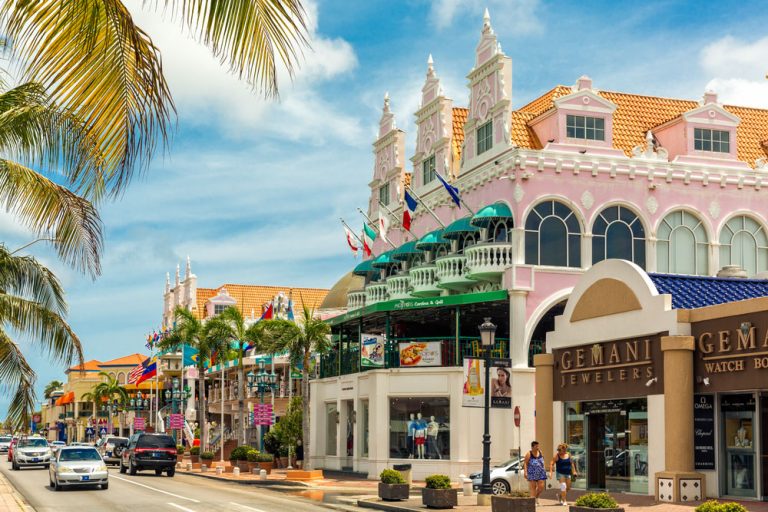 Sitting just off the coast of Venezuela in the Southern Caribbean Sea, Aruba is one of the Lesser Antilles islands, known for its pristine beaches,